The Engaged Initiative, is inviting Caribbean youth aged 18-29 to submit project ideas to the Engaged for the Oceans and the Environment Challenge.

The Engaged Initiative, a collaboration led by the United Nations Educational, Scientific and Cultural Organization, UNESCO, with Socialab, Ashoka, and National Geographic is inviting Caribbean youth aged 18-29 to submit project ideas to the Engaged for the Oceans and the Environment Challenge to combat the effects of climate change on the oceans. Three of the project ideas have the chance to win US$2,000 for developing their innovative solutions.

Encouraging Caribbean youth to participate in the Engaged for the Oceans and the Environment Challenge, Saadia Sanchez-Vegas, Director and Representative of the UNESCO Cluster Office for the Caribbean highlights, "The initiative has actively engaged over 10,000 young people from Latin America since 2015 in creating youth-led projects to promote sustainable development. Now, Engaged is expanding to the Caribbean, giving young people from the sub-region the opportunity to submit their ideas to better protect our Oceans, an ultimate source of life."

In Latin America, the initiative is known by its Spanish synonym "Comprometidos". Alejandra Rossi, Executive Director of Socialab, explains, "Engaged or also referred to as Comprometidos is a community of youth that provides both a home and a stepping stone to empower young changemakers. It offers a combination of training sessions, workshops, coaching, mentoring, and resources. We look forward to welcoming the new members from the Caribbean."

Mauricio Rodriguez, youth participant from Colombia shares his experience: "Engaged has become a big movement across Latin American countries, encouraging young people to believe in the importance of their social projects and giving them strategic tools to move forward. We have become a community where we explore different issues that make us think from a different tactical level. Now, with the call of Engaged for the Oceans and the Environment, it opens up a range of opportunities to explore ideas that impact our environment and that we need to act on."

Engaged for the Oceans and the Environment is an open call that invites young people aged 18-29 from Latin America and the Caribbean who have a project idea or ongoing project that impacts their community and aims to address an environmental challenge, contributing to the achievement of the Sustainable Development Goals. Under this open call, young people will receive mentoring support to strengthen their ideas and can receive up to USD 2,000 as seed funding to bring their ideas to life.

Young people can submit their ideas through the following platform: http://bit.ly/compoceanos by 18 July 2021. 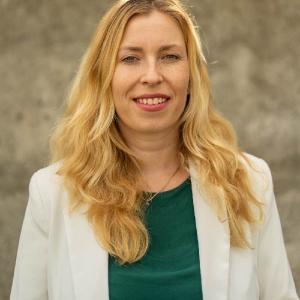